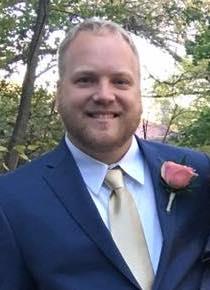 Mr. Knight has been a part of Ralston Schools since he was five years old. He began as a kindergartener at Meadows Elementary and continued through Ralston Middle School and Ralston High School. Once Mr. Knight graduated, he began serving Ralston as a youth baseball coach in the RABA and began his educational career at Ralston's Lil' Rams program at Wildewood. He began teaching in Ralston Public Schools at Seymour Elementary in 6th grade in 2011. He served in that role until the spring of 2020 when he began his role as administrative intern at Blumfield and Mockingbird before becoming the principal of Blumfield Elementary in July of 2020.

Mr. Knight's educational credentials include a BA in Elementary Education from UNO in 2010 and a Masters in Educational Leadership from Doane in 2016.