What types of materials were used to make bricks to construct temples in early civilizations? Students at Ralston Middle School have been studying Mesopotamia and learning about their building process. They put their knowledge to the test as they worked in teams to become Early Civilization Master Brick Builders. 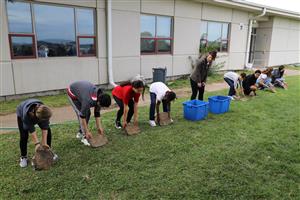 Student teams researched and executed what they thought would be the perfect recipe used to make bricks. Materials available to the students included grass, straw, sand, mud, flour, and water. Once together, the bricks were stored outside for sixteen days to dry out. After the sixteen days, students put the bricks through a series of three tests, similar to what would have been done in ancient times to make sure the bricks were sturdy enough to use in construction. The three tests included: rolling bricks end over end, being able to withstand a certain amount of weight and being submerged in water for one minute. If the bricks did not break, crack or crumble, they were considered worthy to use in construction. 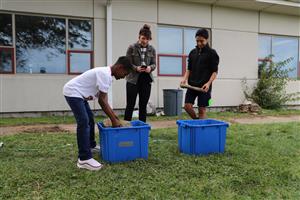 After testing the bricks, teachers and students discussed what made some bricks successful and why some failed. Those student teams whose bricks passed each of the three tests were awarded a certificate as an Early Civilization Master Brick Builders. 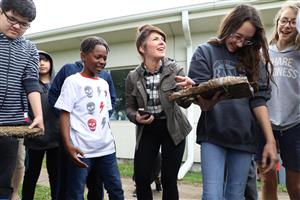