Achieving excellence as a community of learners

The Board of Education appointed Mrs. Robin Richards to fill the board vacancy left by Mr. Mike Overcamp.  A total of seven applicants expressed interest in the open board position.
At the November 25th meeting, each candidate was given 10 minutes to be interviewed individually by the Board in open session.  Following the interviews, the Board had a discussion and took action on the appointment. After the unanimous vote, Mrs. Richards was sworn in and joined the Board for the remainder of the meeting.

Special thanks to the Ralston Recorder for the article on Mrs. Richards appointment.  Click here to read the article. 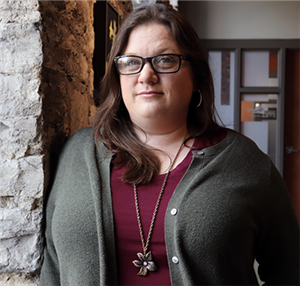 Robin Richards graduated from the University of Nebraska at Omaha where she majored in Education, English and Music. She works for the Nebraska Arts Council as their Business Manager and Accessibility Coordinator through the National Endowment for the Arts for the State of Nebraska. She also serves on the board of several arts organizations in Omaha including the Omaha Children’s Choir, Vesper Concert Series, and the Bellevue Choral Society.

Robin is excited to join the board. She feels it is an honor to have the opportunity to give back to the educators who helped raise her and hopes she can uphold the proud traditions of our community and our schools.